We see insects in our gardens and when we take our walks in the neighborhood. Most of us enjoy seeing the fireflies, the pollinators, and the butterflies. Our July guest speaker hopes to broaden our appreciation of those insects that are unfamiliar to us, even though they play an important role in keeping our ecosystem healthy. The more we know about the natural world the more interesting it is. 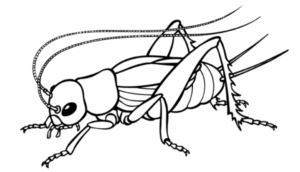 I was the very first Associate Director in the Save the Prairie Society, and was nominated by John Banaszak circa 1987, after years of his tutelage in natural history when I was much younger.

I met Mr. Banaszak in the 6th grade; I took an elective class on nature that he was teaching. On the very first day, he showed the kids all the classroom pets and plants. The pots and tanks and cages were stacked all along the walls, one after another. (We all know how John Banaszak liked to collect and keep things. It was the same way in his classroom.) In one special aquarium was a creature that Mr. Banaszak said ‘nobody had ever seen and would never know what it was.’ It was a little underwater worm covered in pebbles that crawled along the bottom. He pointed it out for the entire class. I walked up and matter-of-factly said, “That is a caddis fly larva…” He spun around, his mouth wide open in shock, and yelled out, “WHO ARE YOU?!? No student has ever identified that!” We were friends from that day forward and did many nature-oriented activities together, often with his daughters: we visited Wolf Road Prairie and other refuge sites, collected rare plants and seeds, planted flowers, hiked and birdwatched. John Banaszak–affectionately called “Mr. B” by his friends and students–encouraged me to keep studying nature and to “learn something new every day.” That was a favorite saying of his. We even ate lunch and went roller-skating together with his family. After middle school graduation, Mr. B wrote a recommendation that I should be enrolled in honors biology courses in high school because of my aptitude for science, which the school administration allowed. I was a top science student from that moment on.

Those of us that worked with Mr. B in the field also knew that he had a competitive edge. Mr. B was a botanist, and I was primarily a birder, but he made sure that I knew prairie plants from an early age. Later, when I was visiting Illinois over summer break (I was a student at the University of Wyoming at the time and still a teenager), Mr. B invited me to “find some prairie plants” that were endangered. The site was going to be developed and all the plant life within it destroyed. Mr. B and several well-known university professors from the Chicago-land area planned to meet at the site to collect and transfer rare plants to alternate refuge sites. I came at Mr. B’s last-minute request. I was introduced to several men that I didn’t know and Mr. B stated, “This is Stacia. She is going to find the plants for us….” He mentioned several species, including the Prairie Puccoon (Lithospermum canescens), which I had never seen. I answered, “If you want me to find this plant, I need to see what it looks like…” One professor cautiously reached into his car and pulled out a little pot with a tiny green sprig in it. He held it in front of me and I instantly developed a search image of that plant. It was not flowering then, and I concentrated on the leaf morphology. I ran out over the field, sweeping back and forth and low like a harrier, looking for puccoons. Every time I found one, I shouted and marked the place until one of the scientists came to collect it. In the end, I found at least a dozen; whereas Mr. B and the others found just one each. Mr. B exclaimed afterwards, “I told you she would find them…” Looking back, I believe Mr. B set up that meeting. John Banaszak—supposedly a mere junior high school teacher—had trained a biology student so well that she could best professional botanists! To this day, I wonder if those professors remember me and Mr. B? 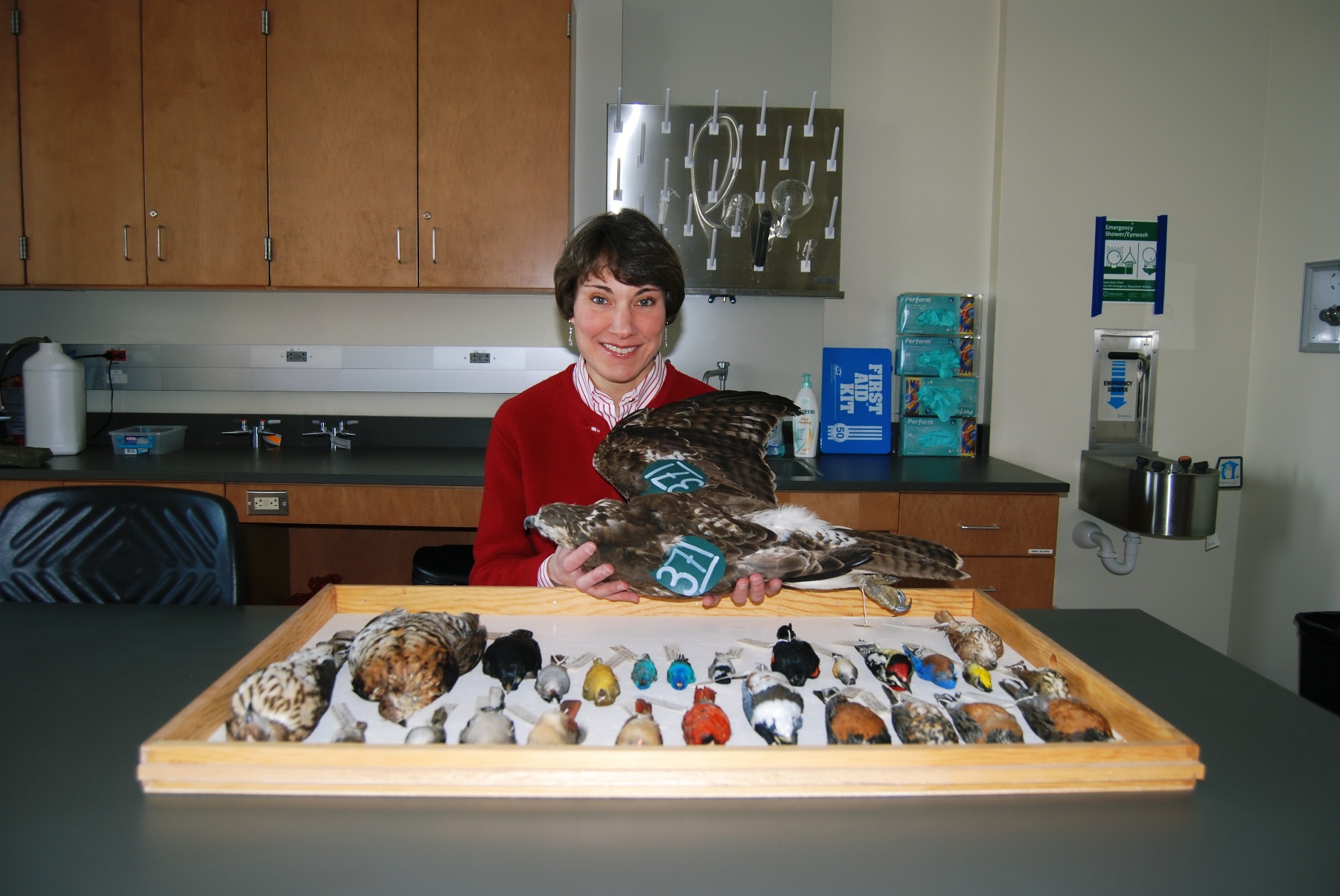 I performed conservation work throughout my life all over the world: in foreign countries with the military, at refuges and parks, and for governmental agencies and non-profits (notably, The Peregrine Fund and Audubon Society). My accomplishments and experiences were published by the: American Birding Association, North American Falconers Association, Illinois State Academy of Science, American Falconry, and Wilson Journal of Ornithology. I held state and federal licenses for falconry, bird banding and museum taxidermy. I currently prepare museum bird skins for several Illinois universities.

I attribute many of those accomplishments to Mr. Banaszak. He encouraged my love of birds, nature and science when nobody else did. Back then, it was considered unusual for a girl to be involved in science. In fact, I was continuously ridiculed and bullied for my interests by other students and Mr. Banaszak protected me while in grade school. He transferred me to his home room class so he could personally watch over me. Even my own father criticized me for “spending too much time playing with birds”….and told me to “grow up, stop being a tomboy and act like a girl.”

I might not have remained loyal to my interests if it wasn’t for Mr. Banaszak. We were friends for 40 years, and our friendship always revolved around wildlife. Just 3 years before he passed away, we went birdwatching together and waded in the ponds of Hickory Lane to catch frogs. Of course, we put the frogs in jars to keep as “pets.” I brought mine home to President Larry Godson’s house and the frogs escaped during the night! We had to turn over all his furniture, looking for the lost frogs, to recapture them. Larry was annoyed, but I just laughed, because Mr. B had encouraged me to do it. As old as we were, Mr. B and I were still poking around in mud holes and catching frogs. That memory is the best way to remember him. I’m still a kid at heart, with a passion for nature and birds, because of him. Mr. B will be missed.

Speaker: Jack Shouba, who worked tirelessly to Save Wolf Road Prairie before the State of Illinois’ IDNR and Cook County Forest Preserves stepped to insure that it would remain prairie. 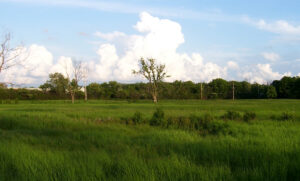 Slide Presentation: Called “the most beautiful country imaginable” by French explorer Pierre Liette, and “gardens of the desert” by poet William Cullen Bryant, the Illinois prairie is all but gone and the word prairie has lost its meaning. We are still “the prairie state,” but today it is Silicon Prairie, not Silphium prairie. In this program we explore the question of just what is an Illinois prairie and we look at how the relationships of people to the prairie changed over time. We look at prairie plants and their adaptations, prairie animals, and the role of fire. We search for places that still contain scraps of prairie, and consider why we must save these precious remnants. The program includes “Prairie Reverie,” a humorous look at the (mis)use and misspelling of the word prairie.

Celebrate The Merry Month of May

Spring flowers are now blooming at Wolf Road Prairie. Save The Prairie Society would like to share the colorful spring beauty of our native flowers with you.
We will be hosting a Wolf Road Prairie walk both in the Savanna and the Prairie on May 13 @10 am.

Participants can park in one of the three parking bays on the north side of 31st Street just west of Wolf Road.

A great opportunity for all ages to learn the land we live on and connect with the other organisms that call it home and depend on it. 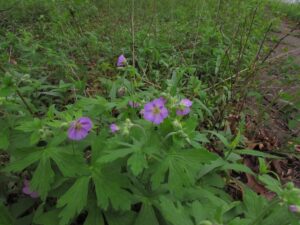 A group of Westchester residents and stakeholders are pushing back against a developer’s plan to build a luxury townhome community on 15 acres of land adjacent to the roughly 80-acre Wolf Road Prairie Nature Preserve and the 43-acre Hickory Lane buffer lands — an area known worldwide for its biodiversity and soil composition.

Wyatt Widmer, a board director of the Save the Prairie Society — a nonprofit chartered in 1975 that’s dedicated to protecting the rare black soil prairie in Westchester — said he’s been conducting research on the proposed development’s potential environmental effects.

Celebrate Earth Day with us!

Our prairie garden needs tending and the more hands the better. We will be sprucing up the garden on April 22 from 1 pm to 3 pm. Whether you stay an hour or
all 3 hours, your help will be appreciated. Bring gloves if you have them, if not we have extras.

Refreshments will be available. 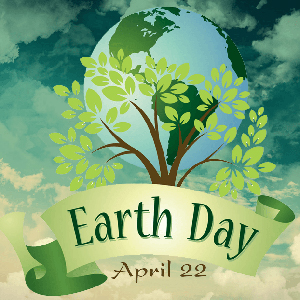 Join us on the deck of the Prairie House as we listen for the persistent peenting of the male Woodcock and then watch as he ascends high in the sky, then dramatically returns performing a daring fast downward zig zag spiral and at the last moment, pulls back and lands on the spot where he started. This daring flight is performed in hopes of impressing a potential mate. Wolf Road Prairie is one of the few places in Cook County where this twilight courtship can be seen. 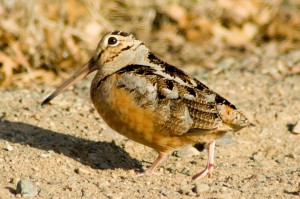 World Traveler and wildlife photographer, Rick Schoenfield, will guide you into the wilds of Africa and South America. He will be sharing both his adventures and his professional photographs.

To sign up for this free event, confirm that you plan to attend by sending an email to: wrp.stps@gmail.com with Zoom Safari as your subject.

Your email address  is all that is needed to register. You will receive your Zoom Safari log-in information by way of email the day before the event. On the 28th, as 1:00 PM approaches, sign in as instructed and you will enter a virtual waiting room.

Please fill free to forward this information to anyone you think may be interested in attending.

These photos help us to imagine what it must have been like for early pioneers coping with a major snowstorm, especially for those who lived quite a distance from their nearest neighbors.
Survival required self-reliance, endurance and knowhow. 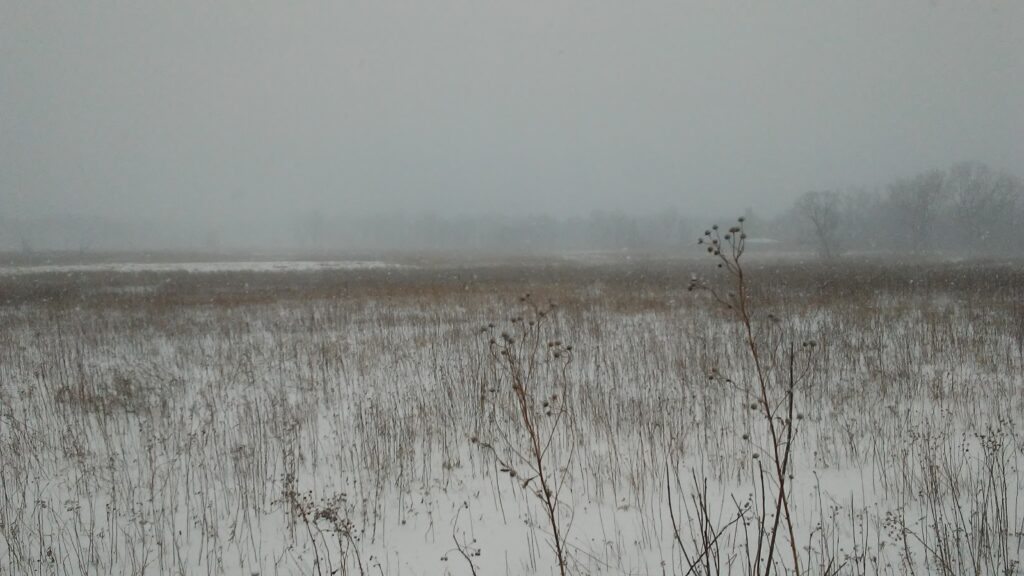 Photos by Lawrence Godson, President of Save The Prairie Society.

North Winds, Freezing Temps
No hats, gloves, nor heated homes.
How do our winter birds survive?

So don’t be surprised after an especially cold night, to hear bird chatter in the morning.

With all these survival strategies, birds can still use a helping hand. Feed them and provide water, if you can.

July 25th, 1:00pm Free event @ the Historic Prairie House, 11225 Constitution Drive, Westchester Speaker: Insect specialist James Rowan We see insects in our gardens and when we take our walks in the neighborhood. Most[...]
View Calendar
Add