The male red-wing black bird is easy to identify because he wears his bright ID patch atop his wing shoulders. His red-orange patches with a yellow border at the bottom distinguish him from other members of the blackbird family. These patches, or epaulets, as they are called, play an important role in the male’s ability to maintain territory and attract a mate. Males with larger brighter epaulets can better intimidate males vying for the same territory and are more likely to be successful in attracting multiple mates. Interestingly, the older a male gets to be, the more brilliant his patches and the more lustrous the shine of his black feathers.

When the male fully displays his bright patch while fanning his tail feathers, he is either defending his territory or doing his best to attract a female. The males will also display during flight deliberately slowing down their wing strokes to ensure that their epaulets are not missed by other males or available females.

In one experiment, the epaulets of some male red-wings were blackened out. These unlucky males were no longer able to maintain their territories. In the world of the red-winged blackbird, brilliant epaulets equal status. ( Sophie Brown of the Cornell Lab of Ornithology )

The beauty of the female is in her many subtle colors including gray, brown, and salmon-pink. She has a noticeable white stripe over her eyes easily seen in Fidencio’s photo. 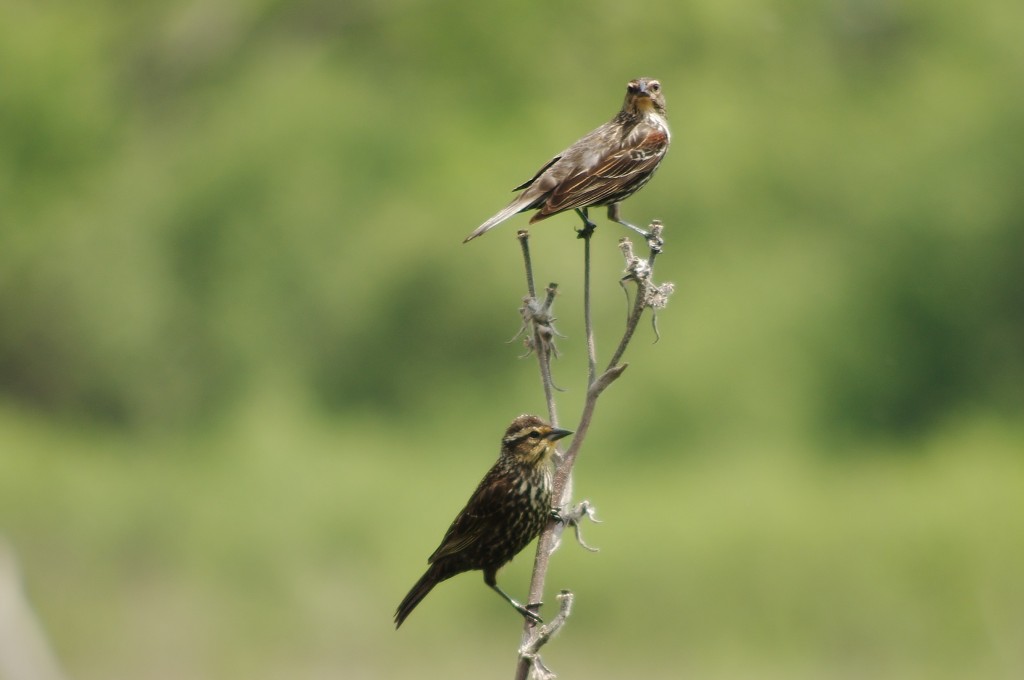