Every January, The Village Free Press announces their choice for People of the Year. It is quite an honor to be recognized by this popular local newspaper.

It is with great pride that Save The Prairie Society can announce that our Prairie Steward and board director, Wyatt Widmer, was included on this year’s list of People of The Year. The paper
dedicated half a page to Widmer, highlighting his successful efforts to stop development on 15 acres of buffer land adjacent to Wolf Road Prairie.

“The prairie also works as one of the most effective forms of flood control, retaining water from flood events and preventing the surrounding properties from being overwhelmed by uncontrolled discharges.” 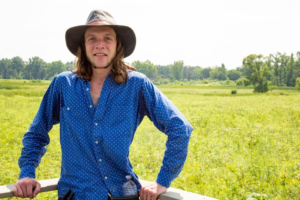 A Polish TV film crew toured the Wolf Road Prairie last week to to highlight the importance of the prairie ecosystems! Most of the video is in Polish, but the latter portion features an English-language tour of the Franzosenbusch Prairie House with STPS Director Rita McCabe.

A group of Westchester residents and stakeholders are pushing back against a developer’s plan to build a luxury townhome community on 15 acres of land adjacent to the roughly 80-acre Wolf Road Prairie Nature Preserve and the 43-acre Hickory Lane buffer lands — an area known worldwide for its biodiversity and soil composition.

Wyatt Widmer, a board director of the Save the Prairie Society — a nonprofit chartered in 1975 that’s dedicated to protecting the rare black soil prairie in Westchester — said he’s been conducting research on the proposed development’s potential environmental effects. 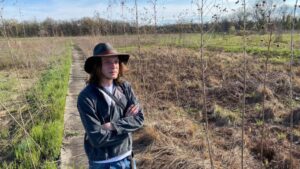 Due to COVID, the county has suspended group workdays. We’ll keep you posted on when the weekly workdays can safely resume.

In the meantime, please have a warm and safe holidays! 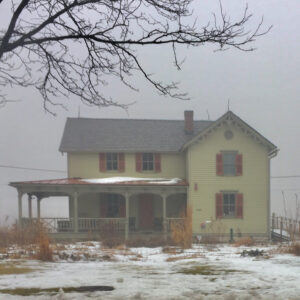 Winter, time to hunker down. The first inhabitants of the
Prairie House would have, by now, filled their root cellar
with dried beans, a sack of salt, potatoes, beets, carrots,
dried fruits, and jerky. They would depend on the deer
and other wild critters for meat.

The Prairie House has a covered opening in its floor
which once led to a root cellar. 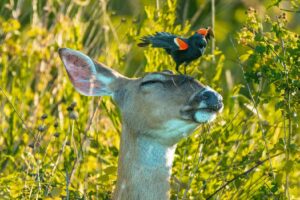 If you donate any amount to the match grant in a check or enveloped cash, written out to Save the Prairie Society and sent to 11225 Constitution Dr., Westchester, IL, one of our members will match the amount donated. That means that any amount you donate is automatically DOUBLED and you help us TWICE as much as you are able, by default. This match grant is going to help us in commissioning our restoration efforts to ecological contractors so that our time and energy can be more focused and less thin-spread. It’s a huge aid to us and means a ton to our efforts! Especially in this time when money is tight for most people.

We thank you dearly in advance. If you have any amount you’re willing to donate, write up that check and send it to us. I will update this post with any other means of donation applicable to the match grant. And as always, we graciously except all other forms of donation as well, at any time.

Thanks for all of your support. It allows us to continue restoring this important and functional ecosystem that benefits you even if you never step foot it in (for more info on that, check out the latest Wyatt E Coyote video on Facebook). We need these environments and these environments need you!

As you know, the current Pandemic has made the pocketbooks of a lot of people a little lighter. Many are even finding it hard to put food on the table. Imagine then, the pressure that food pantries are facing trying to provide to meet an increasing demand.

On Friday, our volunteers deliver the porch donations to the Westchester Food Pantry. Please stop by to share your food items and take time to visit the deck overlooking the Prairie. 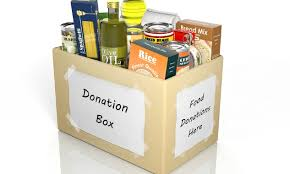 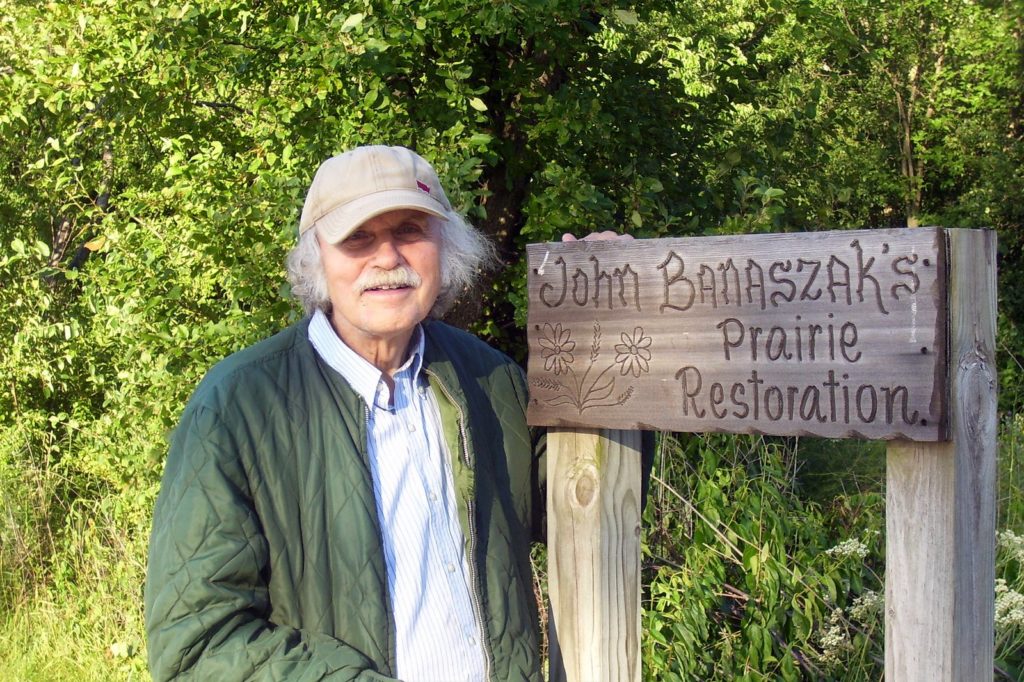 From a young age, John showed an interest in wildlife. As a boy, he successfully nursed an injured crow back to health. Before long, it was perching on John’s shoulder, taking food from his hand and following him around the neighborhood. This lucky crow would not be the last animal he would nurse back to health. After receiving his first bike, much of his free time was spent exploring the still undeveloped wild places of Downers Grove. He often shared his fond memories of growing up in Downers. Perhaps, these boyhood experiences were what motivated John to initiate and spearhead the movement to save Lyman Woods, the center of his boyhood adventures.

He set his foot on his chosen path and never looked back.

After finishing his formal education, John enrolled in a class at the Morton Arboretum. His teacher was none other than the great prairie advocate, Ray Schulenberg. Like many of Ray’s students, John caught the prairie bug. Through this patient and knowledgeable teacher, he not only learned about prairie plants, but also prairie ecology and management. He once confided that Ray Schulenberg and Rachel Carson were the two people he most admired. 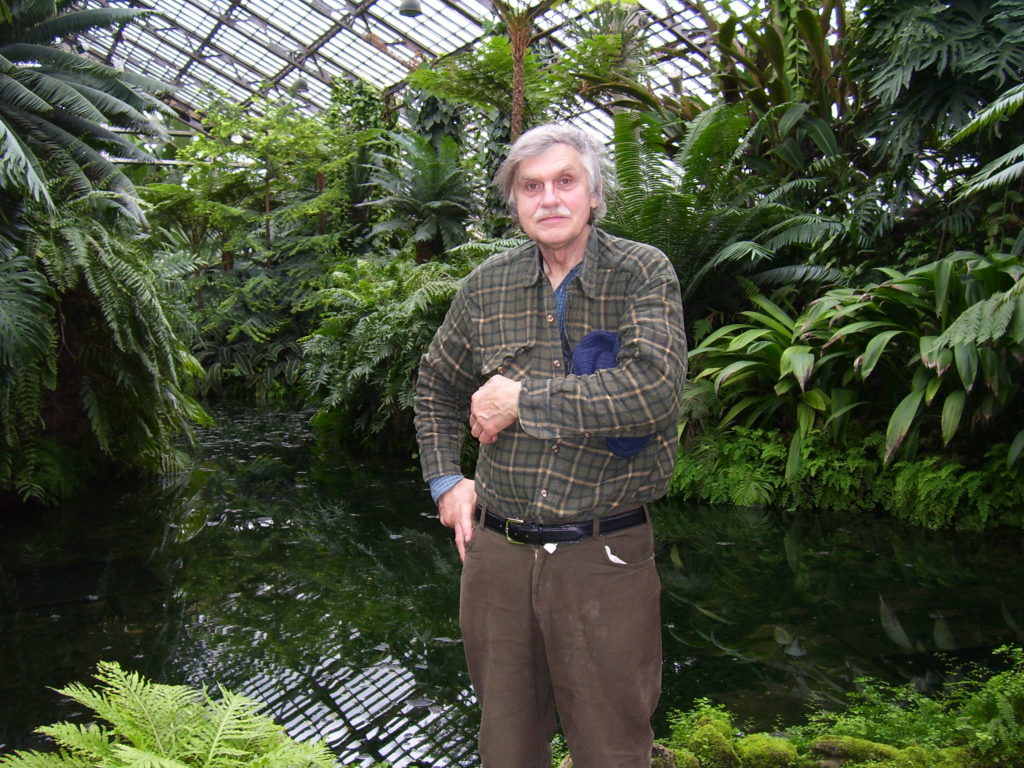 Committed to saving the prairies that remained, John became Steward of Wolf Road Prairie. Through his studies and his own astute observations, he became the ideal gardener and protector of WRP. John soon led a faithful group of volunteers, who trusted both his knowledge of prairie plants and his judgment. Some of those workdays often felt like military missions, especially when noxious weeds were close to setting seed, time was of the essence. Whatever our target, John always took time to share his knowledge. Sometimes he did so by encouraging us to carefully examine a plant for its unique qualities. At other times, he challenged our memories, checking to see if we remembered previous lessons. The volunteer who first responded with the right answer inevitably evoked one of his broadly beautiful smiles. John’s knowledge of plants was deep, far beyond identification. By sharing what he had learned over the years, he was also motivating us to be passionate about preserving the prairie. 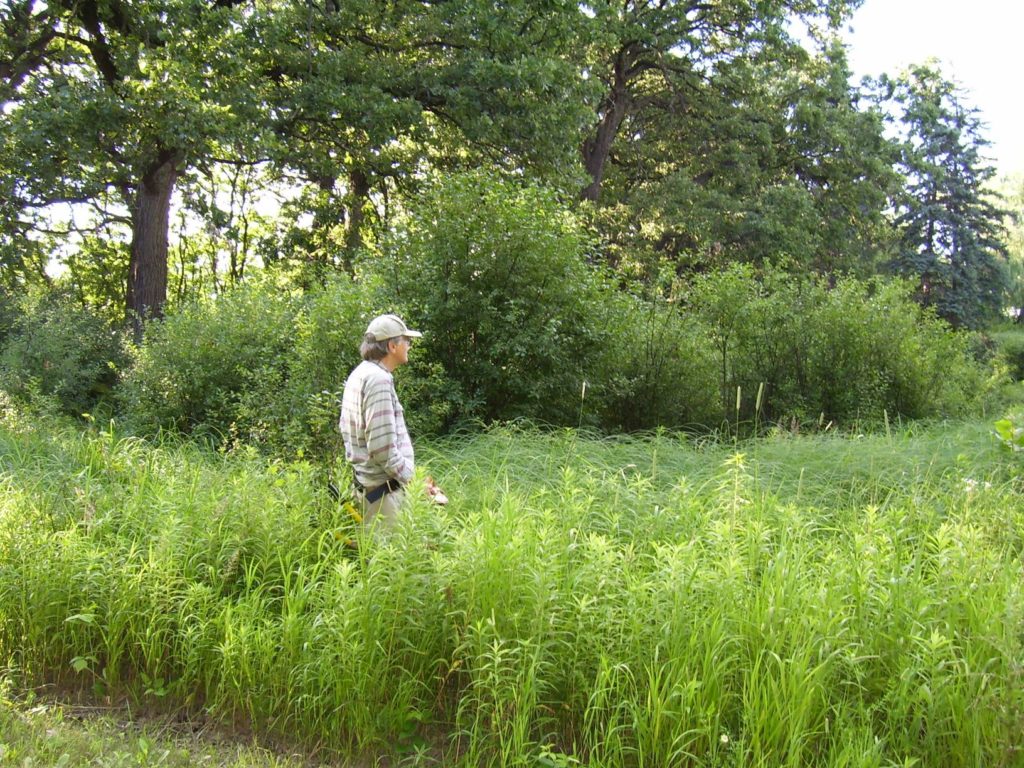 After a workday, we would enjoy refreshments on the deck or porch of the Prairie House. Inevitably, John turned our attention to the ever present birds. On countless evenings we were schooled in bird identification and bird behavior. From the porch, we would watch, with delight, the variety of birds showing up at the birdbath, noting how they responded to each other, which species was dominant and who had to wait for an opening to get a drink. We enjoyed Baltimore Orioles, Cardinals, Blue Jays, Robins, English Sparrows, Gold Finches, Hummingbirds and once in a great while, the elegant Cedar Waxwings. If we were on the deck, we listened for the call of the Willow Flycatcher or the more raucous calls of the Red-winged Blackbirds and occasionally, we enjoyed the flight of the Red-tailed hawk, or spotted a Blue Heron winging west to its evening roost. We never tired of the acrobatic flights of the Tree Swallows, and for one special year we even watched the daring flight of Barn swallows. Always, John was imparting his knowledge. Our understanding and appreciation of birds is, to a large extent, due to John’s contagious enthusiasm for all winged creatures. 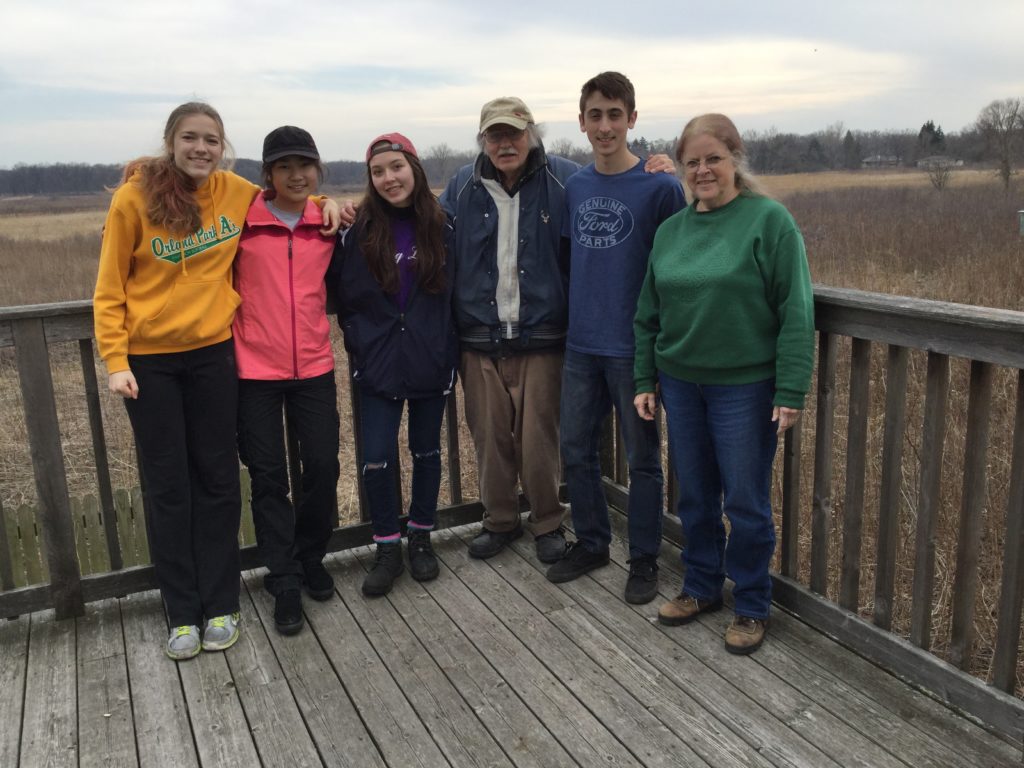 John had a special way with children, tapping into their curiosity and their natural sense of wonder. During events on the Prairie House deck, he encouraged them to hold a Monarch Butterfly and then release it to the sky. Seeing their delight was gold for John. He would hold a preying mantis so they could see the wonder of it up close. All the time, he would be cracking jokes, evoking giggles and laughter. He always had time for their questions and would answer, by coating facts with humor. To John, the children were the most important guests at any event.

For many of us, John was our guide to the world of nature. The best way that we can honor his memory is by passing that knowledge on to a new generation.

Save the Prairie Society would like to wish you and yours a very Happy New Year!  2015 is slated to be one of the most exciting years for StPS and we hope you will join us on our mission of ecological and historical preservation.  Please keep watch here for updates on prairie restoration, Prairie House renovation, volunteer opportunities, events, and more! See you in 2015! 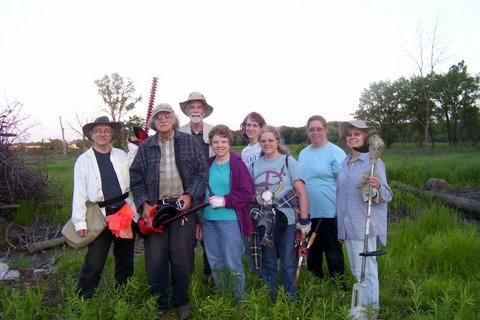 This summer, STPS Director Dr. EJ Neafsey lead a group of students from the Oak Park Summer Program through Wolf Road Prairie. EJ was able to talk about natural history and ecology in the beautiful setting of the summer prairie. The group’s leader, Stephanie Kirchner, had this to say about the tour:

The day was the highlight of our 7 weeks, and I am sure none of us will  forget it – your fascinating presentation, your magical tour of the prairie, and of course, the beautiful day . . . 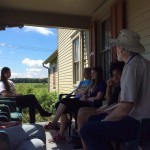 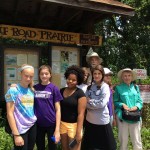 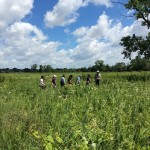 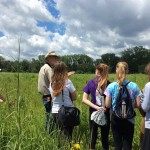 We would like to thank Stephanie and her group of great young people for their interest and enthusiasm! STPS’ mission is not only to preserve and restore nature, but to educate the public about it as well!

If you would like to arrange a prairie tour for students or other education programs, please contact us at

or call Rita McCabe at

STPS President Lawrence Godson captured a great photo of the historic Franzosenbusch Prairie House after our early March winter storm. The mid-nineteenth century structure has endure many winters and still stands strong against the harsh and variable Chicago weather. It’s a pretty sight!