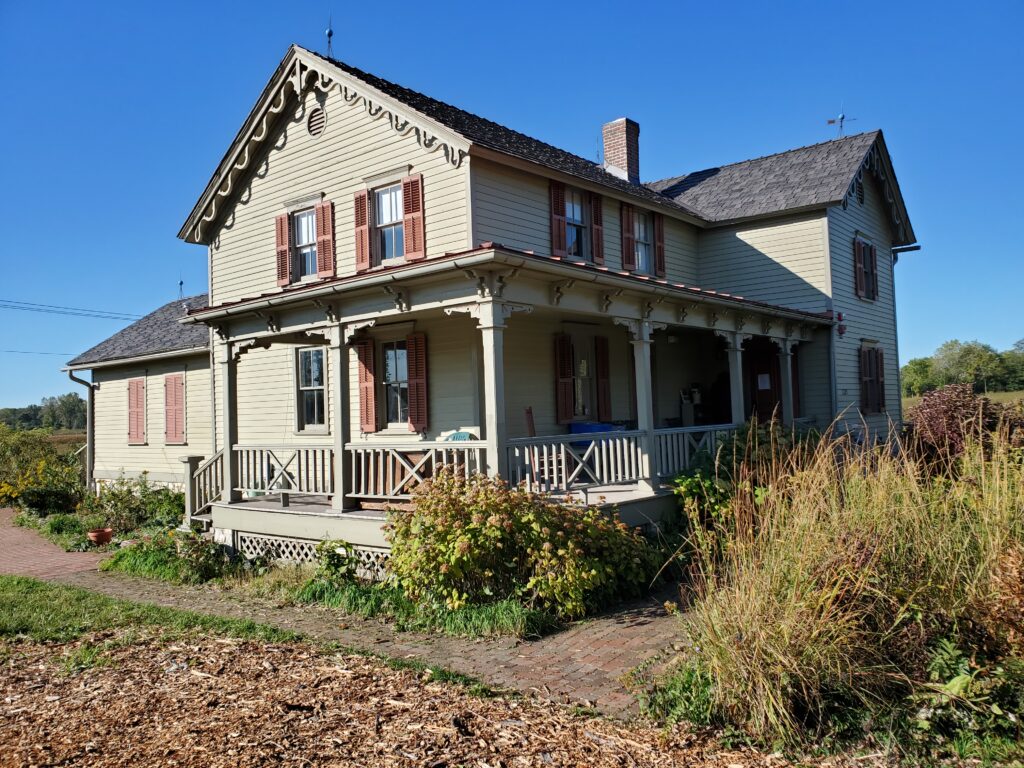 The circa 1850’s Franzosenbusch Prairie House represents more than 150 years of local history, and is considered the oldest structure in Westchester. Situated at the north end of the original 12,000 to 15,000 year old Wolf Road Prairie, the house serves as the gateway to the preserve. The Prairie House is being restored as a nature center and museum.

The Prairie House represents three distinct historic periods of construction dating from c.1852 through c.1870. The new addition, funded by an Illinois First grant, was constructed in 2000 at the rear of the building to provide an activity room, public washrooms and handicap access.

The original two rooms within the Prairie House date back to early settlement of the area known as Franzosenbusch when German immigrants arrived here from Hanover, Germany. In c.1853 the building served as the first Lutheran schoolroom and teachers’ quarters in Proviso Township. At this point in the history of the building, the structure was a stand alone schoolhouse containing two small rooms with its own four walls, peaked roof, student doors, narrow windows and living space for teachers and their families. Heat was provided by a small cast iron stove which was also used for cooking. There was no running water, electricity or indoor plumbing. Records indicate that one married teacher, his wife and seven children lived in these spartan and cramped quarters. The children slept in the loft of the schoohouse on beds of straw. The schoolhouse was also used briefly for church services and community gatherings.

As the Franzosenbusch community grew and prospered, the original schoolhouse became too small. In about c.1858, a new school building was constructed, and the old schoolhouse was converted to a farmhouse. The western addition of the house was attached at this time. Around c.1870 the building was enlarged again. This time the south facing section of the house was expanded by about ten feet, and the second floor was added.

The original schoolhouse within the structure contains elements of medieval German “fachwerk” half-timbered frame construction, a rarity in Illinois. Additions to the house were constructed in the modified balloon frame style of architecture. This construction style became famous in rebuilding Chicago after the Great Fire of October 9, 1871. Today the Prairie House provides:

Find out more about the Franzosenbusch Heritage Project to preserve and restore the two-room schoolhouse located within the Prairie House.

If you would like to help with the restoration, preservation, and creation of the historical museum and nature center in the Prairie House, consider donating to Save the Prairie Society. 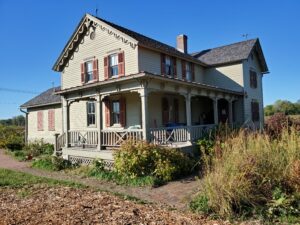